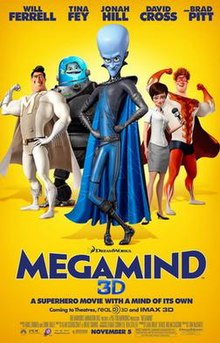 Who's the bad guy?

Now that Osama has been officially declared dead, I wonder who is going to be the next ‘bad guy’.

The fight between good and evil always exist (well the good needs to do a lot of good to itself, and needs a bad guy to bear the brunt of it all). We have seen major BIG bad guys defeated – the soviet communists, then the evil Saddam and  recently the Bad Osama.

Now the bad guys are dead, should we expect peace?

I really doubt it. I am just waiting for the announcement of the next bad guy! Any guesses anyone?

While we are waiting for the annoucement, why dont you watch MegaMind. Since I just watched it yesterday, I wonder, what would happen if the bad guy becomes the good guy? Or will the ‘good’ guy ever let the ‘bad’ guy become good?