Dry Fruit, Cakes, Chocolates - spread the word - its the thap! 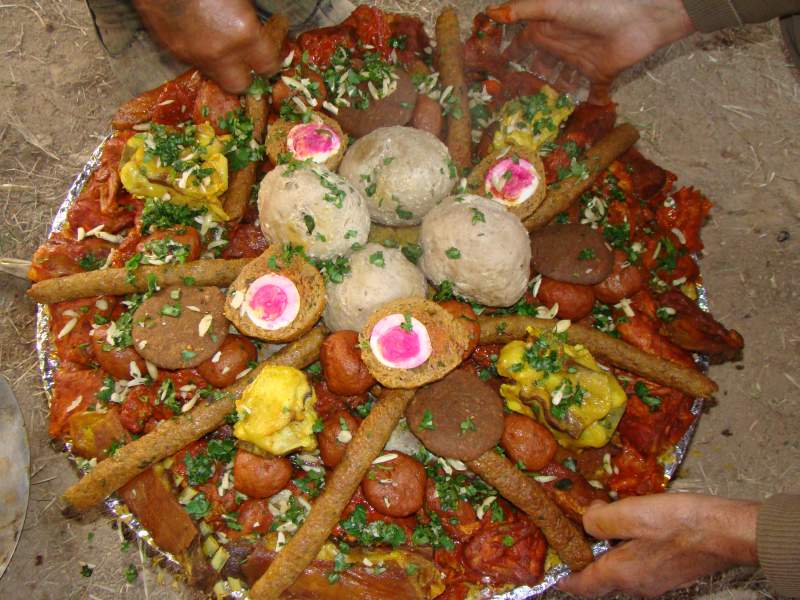 Will the groom eat all of this? Parting gifts for the guests 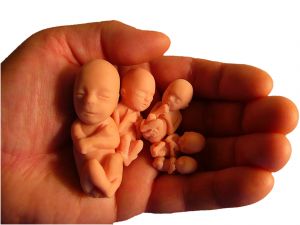 A worried woman went to her gynecologist and said:

“Doctor, I have a serious problem and desperately need your help! My baby is not even 1 yr. old and I’m pregnant again. I don’t want kids so close together.”

She said: ‘I want you to end my pregnancy, and I’m counting on your help with this.’

The doctor thought for a little, and after some silence he said to the lady: “I think, I have a better solution for your problem. It’s less dangerous for you too.’

She smiled, thinking that the doctor was going to accept her request.

Then he continued: ‘You see, in order for you not to have to take care of 2 babies at the same time, let’s kill the one in your arms. This way, you could rest some before the other one is born. If we’re going to kill one of them, it doesn’t matter which one it is.

There would be no risk for your body if you chose the one in your arms.

The lady was horrified and said: ‘No doctor! How terrible! It’s a crime to kill a child!

‘I agree’, the doctor replied.. ‘But you seemed to be ok with it, so I thought maybe that was the best solution.

The doctor smiled, realizing that he had made his point. He convinced the mom that there is no difference in killing a child that’s already been born and one that’s still in the womb. The crime is the same!

Sakooter or Scooter! That’s the way to go!

I just happened to read this news item in Kashmir Times. It talks of how women in Kashmir have started using scooter as a convenient means of transport and of the acceptance of the idea among the locals.  To me watching a woman drive a scooter is the idea of freedom – beautiful freedom!

Some years back the idea of a woman driving a scooter would certainly not ‘look good’ for whatever reasons. I remember having a discussion with a guy quite some years back my pen-name Sakooter itself. The guy found it funny that I supported hijab and talked of scooter. To me it was weird that people actually have a problem with something as simple as a means of conveyance which saves women a lot of trouble.  There would be some who would even go to the extent of calling it un-Islamic. (Am I raising eye-brows somewhere?) Don’t open your mouth yet.. wait up… didn’t the women in Arabia travel on a camel? Do you see a co-relation?

I would certainly think travelling by a scooter would bring us way closer to morality and Islam.  Weird as it may seem, it avoids the uncomfortable situations in which women put themselves in those overloaded buses where there is hardly place to breathe in.

I would say scooter is certainly the way to go! Yay! Its the sakooter speaking of-course!

SRINAGAR, Apr 30: Sometime back, a Kashmiri girl traveling all alone in public transport would not go down well with the people here, thinking of it as an open invitation to all kinds of trouble. However, one is not too surprised to see the Kashmiri ladies riding two wheelers not only within city but even outskirts. This trend picked up last year, when Jammu and Kashmir Bank announced its special Scooty scheme aimed at providing two wheelers to girl students and working ladies of the valley with a maximum finance of Rs 50,000 to be repaid in 60 monthly installments.
This scheme transformed once a dream Scooty for an ordinary Kashmiri girl into a go-getter. Pinks, blues, whites–available in various colours, designs and makes have made their presence felt in various motor showrooms of Kashmir and proving to be good business source too.
While for the showroom dealers, women scooters are turning out to be a prized revenue source, for young women it is surely a boon.
“Girls riding Scootys is epitomizing a new wave of independent women who do not need her parents or friends to accompany them every time they step out. Initially, though we did not see too many women riding two wheelers out on the roads. But certainly, the number of women scooters in the valley is on an increase,” says Dr Maroofa, a sociologist.
Meanwhile, the girls who are the ‘proud owners’ of  these Scootys feel a sense of liberation from the daily hassles of public transport, eve teasing and in the process save some bucks too.
“In the wake of auto fares, bus fares increasing, possessing a Scooty becomes a blessing. Without having to wait for buses, autos, avoiding unnecessary male attention, I certainly am happier after buying my scooter. I can now travel anywhere I want, anytime with my Scooty,” quips Shazia, a college goer.
For many working ladies, riding Scootys initially meant hitting back by their male colleagues and unusual stares on roads. But even such things are changing now.
“I am in a sales job for a cosmetics company. My job requires a lot of travel with least expenses. Hence buying a scooter was the best available option for me. Earlier, there were a lot of inhibitions, especially the undue comments by male colleagues. I would avoid traveling to far off places alone on my Scooty. But our society, seems to have fairly adjusted with the idea of women traveling alone, in their vehicles- be it a two wheeler or a four wheeler,” says Razia, sales girl.
If owning a scooter is a matter of convenience for women, being a good driver and avoiding scuffles with men are some words of caution by the policewomen for the ladies.
“Although nobody can raise any objection with a female riding a vehicle, but we see a lot of school girls who dot have even driving licenses riding them. It is very essential to be a trained driver first and then enjoy the experience,” adds Fehmeeda, a lady cop.