I saw little kids scream out loud, “Save Dal Lake!”. What I found most amazing was the fact that adults had stopped shouting out, but the kids just wouldn’t stop. To me the fact that they continued screaming Save Dal Lake was the sweetest and thought provoking incident. Read on.. this is news item from GK. I will inshaAllah post more pics! 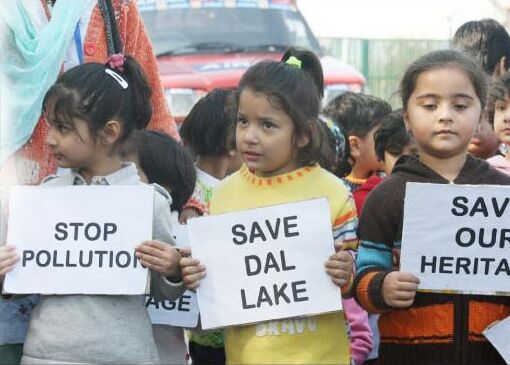 Srinagar, Oct 25: In a first of its kind environmental awareness campaign in the City, kindergarten students Sunday participated in a run for conservation and protection of the dying Dal lake. The kids along with their parents and tutors ran along the banks of the lake on Boulevard Road for the campaign of which they would also submit a petition before the chief minister, Omar Abdullah. Braving the early morning chill, the kids ran from SKICC up to Chesma Shahi crossing flapping placards carrying messages regarding Dal preservation. Little Wonders, a kindergarten institute, in collaboration with Aircel had organized the event as part of environment awareness campaign. “This is a noble cause and we want to support it whatever way it’s possible. This is the first time when the kindergarten students have run for the cause of Dal,” Zeeshan Pandit, managing director, Little Wonders, a preschool established in 2005, said. “This way we not only want to make our children aware of their rich environmental heritage but we also want to inculcate values of responsibility and duty in them.” “We want to remind the state government to revive its commitment towards protection and preservation of the Dal Lake. We have already got 400 signatures in support of the cause and we will be attaching them with the petition,” he said. The parents and the children showed equal enthusiasm about the run. “It is very cold but I make it a point that my ward participates in the event,” Latief Ahmad, a parent said. “We have to aware them of their responsibility at an early age.” Javaid Ahmad Dar, Marketing Manager, Aircel said the company supported the run as part of its corporate social responsibility. “We owe this to our society and we are very much concerned about every social and environmental issue. We will try to extend our support to every such activity in future,” he added. Aircel representatives and Little Wonders MD handed over the trophies to the first place winner, Qayoom, second place winner, Asif Peerzada, and third place winner Rafia Alaqband. Certificates of recognition were given to all the marathon participants. Little Wonders Learning Programs Director, Satria Farah Candao, explained the environmental awareness is part of the school curriculum and supports the UNESCO declaration of the “Decade for Education for Sustainable Development.” Later, the kids also presented a colorful show at Centaur lake View Hotel. 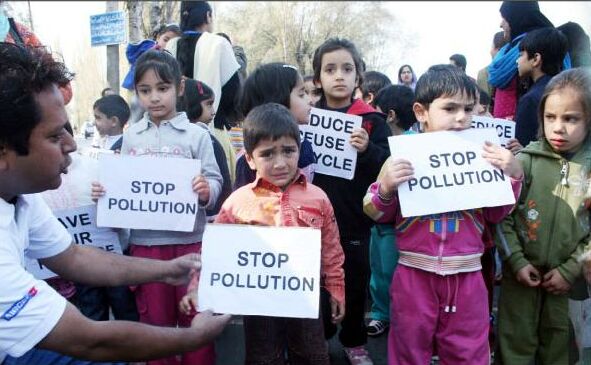